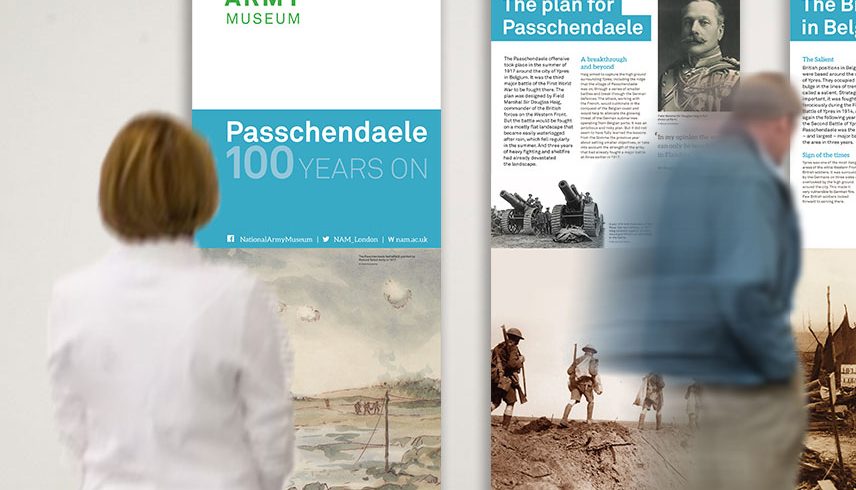 As part of ABG Design’s continued work with the National Army Museum, ABG has completed the design of a new exhibition telling the stories of the Battle of Passchendaele.

On 31 July 1917, the British and French launched a massive offensive in the area around Ypres, in the Belgian province of Flanders. The third battle of Ypes, known in later years as Passchendaele, was not as bloody as the Somme the year before, but would achieve its own notoriety.

The exhibition embraces the National Army Museum’s communications approach and uses a host of historical images and rare artifacts that tell the very personal stories that surround Passchendaele.